Why being a physician is the best job in the world 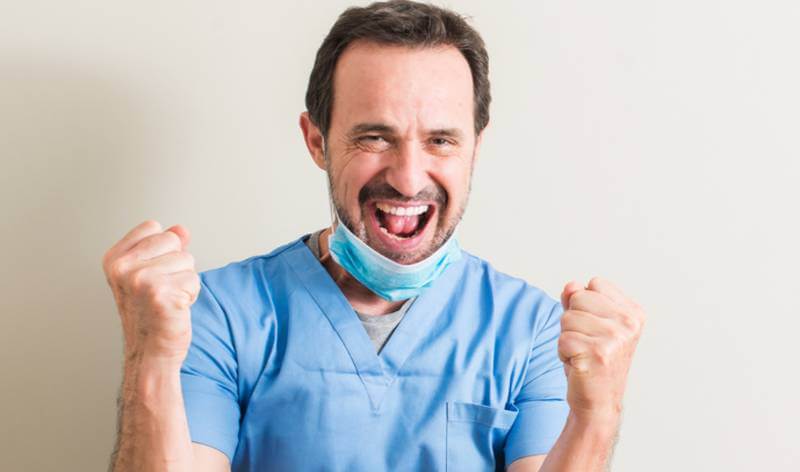 Why being a physician is the best job in the world

Every day, doctors are faced with the important responsibility of managing potential life and death presentations. Furthermore, medical researchers are constantly seeking out new ways to save lives and change them for the better with advances in care and treatment. People live longer and healthier lives because of the work that doctors do. Reflecting on the importance of being a physician can definitely be humbling.

But let’s put humility aside for a few minutes and concentrate on just a few reasons why being a physician might very well be the best job on Earth.

As a physician, you likely derive much satisfaction from compassionately serving your patients. Your patients likely appreciate your efforts, too.

Recall the Hippocratic Oath, which reads, in part:

“I will remember that I do not treat a fever chart, a cancerous growth, but a sick human being, whose illness may affect the person’s family and economic stability. My responsibility includes these related problems if I am to care adequately for the sick.”

Ask any doctor why he or she chose to go into the profession (or why they stay in the profession), and they’re likely to tell you they do it mostly because they just want to help people and make a difference in others’ lives.

“Being a doctor was, for me, the ultimate opportunity to help others,” explains a breast cancer surgeon, echoing the reason shared by many, many physicians.

Although it may be challenging to dial in the exact location and perfect pay when seeking out employment, physicians have plenty of job security. (Heard from a recruiter lately?) Such security is likely to extend well into the future, with dire shortfalls in physician numbers projected. According to the Association of American Medical Colleges, by 2032 the United States will face a shortage of between 46,900 and 121,900 specialists and primary care physicians. Shortages are exacerbated by the growing population, the aging population, and the retirement of older physicians.

Physicians on staff often get preferred parking at their hospitals. They also get to enjoy dining in the doctor’s lounge, which surely beats the cafeteria. According to a Merritt Hawkins’ report on physician recruiting incentives, other common benefits apart from salary that hospitals and practices offer physicians include malpractice insurance, pay for continuing medical education, relocation allowance, retirement benefits, signing bonuses, and medical education loan repayment.

No doubt, it’s pretty cool being called “Doctor.” After years of stressful, hectic days followed by sleepless nights, this title is something you’ve worked very hard to garner and serves as a positive daily reminder of your accomplishments to both yourself and others.

In fact, according to the results of a 35-country survey conducted by the global education charity Varkey Foundation, physicians hold the most respected job in the world. In the survey, 1,000 participants from each country were asked to rank the top 14 jobs in terms of prestige. Rounding out the top five high-status jobs were lawyers, engineers, teachers, and police officers.

Here is what one survey respondent—a general surgeon from Massachusetts—had to say:

“It is still a profession that I love and get paid to do. I also love the change I can make in my small area of the world.”

For physicians, mentorship plays an important role in the promotion and maintenance of professional fulfillment.

According to an article published in the NEJM CareerCenter:

“In an era when it’s easy to network and seek guidance online in pretty much any area of one’s life, the notion of the traditional physician mentor-mentee relationship carried out over a series of regularly scheduled formal in-person meetings and the occasional phone conversation might seem almost quaint. It isn’t, and such relationships might be more important now than in the past because the in-touch-and-constantly-connected online environment doesn’t necessarily foster or sustain the deep, candid exchanges that characterize good mentor-mentee interactions.”

Let’s address the elephant in the room: Physicians are paid well—no surprise here. What is surprising, however, is that physician compensation is quickly outpacing the rate of productivity, which is measured in work relative value units. Specifically, in 2018, the median pay for physicians went up by 2.92% whereas productivity increased by only 0.29%, according to the results of the 2019 Medical Group and Compensation Survey.

With their high salaries and stable career prospects relative to other professions, physicians are generally considered to be lucrative, low-risk customers for banks and other financial institutions. As such, physicians are often privy to special financial vehicles, including credit cards and mortgages with preferred terms. Of note, to be eligible for such benefits, it’s important to maintain a strong credit score.

So, the next time you feel down about all the work you have to do as a physician, consider the benefits. Being a physician really is the best job in the world!