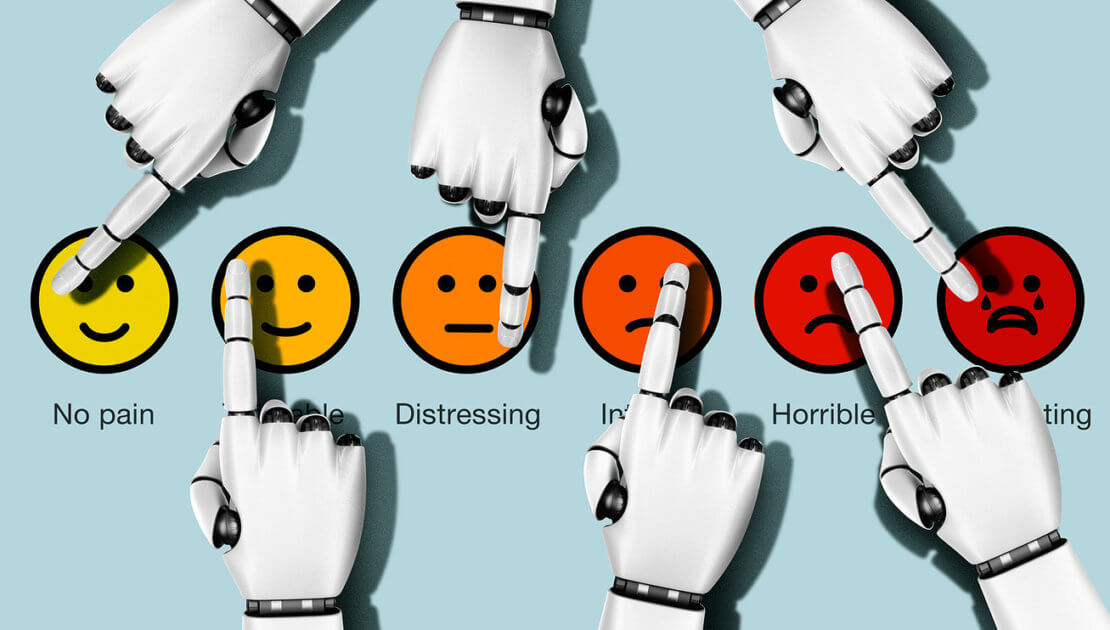 Dr. Aziz Nazha, the oncologist in charge of the Cleveland Clinic’s Center for Clinical Artificial Intelligence, has a controversial opinion about what kind of training the next generation of doctors should undergo. “Physicians of the future should know how to program,” he said, “but I know I won’t win that battle.”

The fact that there are even discussions about whether coding should be a requirement of medical school is just one of the many changes at hand for the millions of clinicians who make up the U.S. health care workforce.

Not only are there predicted shortages of nurses and physicians that are expected to worsen over the next decade, industry attempts to shift from a fee-for-service reimbursement model to a value-based system have called for more efficient clinicians and better care for patients.

At the same time, hospitals are increasingly turning to artificial intelligence tools like chatbots and digital scribes and machine-learning models that aim to predict readmission rates and examine mammograms for breast cancer. (Even the tech giants are starting to dabble in health care. Apple Inc. is trying to improve nursing workflow, while Alphabet Inc.’s Google is testing whether digital voice assistants can reduce the amount of time doctors spend entering patient information into the electronic health record.)

“Physicians have been controlling the profession since pre-Hippocrates. They have a hard time letting go.”— Dr. Eric Topol, director of the Scripps Research Translational Institute
All of these trends are influencing how care is delivered and by what kind of clinician. In the exam room of the future — which may be your living room — the doctor may ask about your feelings or know how to code, a physician assistant may be virtual or human, and a nurse may be assisted by a robot.

“We need to really bring technology into the health care arena in a way that it can transform the delivery of health care just as it’s transformed every other sector of our economy,” said Dr. Lloyd Minor, dean of the Stanford University School of Medicine. “The majority of physicians in practice in the United States today started their practices before the genome was mapped.”

Visit our Video Center
Today’s health care system is full of paradoxes like this one. Some doctor’s offices still ask patients to write out their health histories on paper and rely on fax machines as a primary form of communication. That’s a decade after the federal government’s stimulus package set aside billions of dollars in incentives for electronic health records.

For today’s clinicians, it’s a similar story. Not much has changed in the way they are trained and how they interact with other clinicians. It’s still primarily the physicians who make the decisions, order the tests, and prescribe the drugs. Nurses, physician assistants and pharmacists, in large part, are supporting players.

“In the past in medical education, we trained people to be solo thinkers and really focused on their individual role, captain of the enterprise,” Minor said. “We focus much more today in medical education on equipping physicians with the skills needed to be effective team members.”

There have been some changes, however, as to who gets to make those decisions. Some of the states hardest hit by physician shortages have passed laws allowing nurse practitioners and physician assistants ⁠— both professions require receive master’s degrees, but not the more extensive medical schooling and residency required for doctors ⁠— to practice with less oversight and sometimes with no oversight at all from a physician. These laws have been criticized by groups like the American Medical Association and Physicians for Patient Protection, which argue that physician oversight is necessary to maintain the quality of care.

“Part of it is the tradition of control,” said Dr. Eric Topol, director of the Scripps Research Translational Institute, who writes about the influence of technology on medicine. “Physicians have been controlling the profession since pre-Hippocrates. They have a hard time letting go.”

Yet in many regions there aren’t enough clinicians to care for the increasingly complex health care needs of the U.S. population, which includes millions of aging baby boomers. That’s why experts predict an uptick in demand for physicians, physician assistants, and both advanced practice and registered nurses over the coming decade. According to the Bureau of Labor Statistics, between 2018 and 2028, demand for PAs will jump by 31%, nurse practitioners by 26%, and registered nurses by 12%. Job demand for doctors, already a much larger subset of the workforce compared with physician assistants or nurse practitioners, is expected to rise by 7%.

As a result, what will likely emerge over this decade is a more flexible approach to care delivery, driven by the arrival of new technologies and a stronger focus on providing better patient care that costs less. Clinicians say they are hopeful that new technologies will free them up to spend more one-on-one time with patients, providing them with the opportunity to give more hands-on care.

The goal is “improved outcomes at an improved efficiency at a better price point, while also allowing clinicians to have better human interactions,” said Bonnie Clipper, chief clinical officer at Wombi, a health care employee performance platform, and a nursing innovation expert. “That’s the whole goal. That’s what we’re working on. But I think that is all kind of new.”

In Clipper’s purview, nurses of the future will work alongside service robots, which will be tasked with the “hunting and gathering” of supplies often handled by nurses, patient care technicians and certified nursing assistants, both of which are health care occupations expected to be in high demand in the coming years.

“We continue to hear that we’re a million nurses short,” Clipper said. “We’re basing that on old practice models. So, as we start to see patients move out of the four walls of the hospital and into community-based care, home care, outpatient care, those care models [and] those delivery models are going to change. I think that they’re more scalable when you use technology to assist you.”

The 2010 Affordable Care Act ushered in a new era of thinking about health care delivery models in the U.S., making mainstream the idea that value-based care was the objective and not the more lucrative fee-for-service system that has long existed in the U.S. That change in thinking is the root of questions like: Do all patients need to be cared for in the hospital? Should doctors be responsible for all decision-making?

“We will see the continued shift toward team-based, collaborative care,” said Dr. Harry Greenspun, chief medical officer at the advisory firm Guidehouse. “However, while this has been a longstanding trend, little has changed in medical education to support it. I’d hope to see training provide a greater understanding of the unique roles and capabilities each team member brings, and how to best leverage that for the good of the patient.”

Some universities are already re-evaluating the admissions process, as they assess how best to train future generations of clinicians for a health care system under pressure to change. For these programs, the goal no longer is to admit only the most academically gifted students. Now they consider a wide range of variables, including the student’s background, whether they grew up in a rural community, and their empathy levels.

Sidney Kimmel Medical College, for example, looks at empathy scores for students. In a 2019 study in the Journal of the American Osteopathic Association, Kimmel researchers encouraged medical schools to also assess applicants for empathy, noting that there are “improved educational and patient outcomes associated with increased empathy in health professions students and practitioners.”

And when Duke University began to study gaps in rural medicine and how it could encourage more of its graduating physician assistants to pick rural career paths, the school decided to switch up its admission process. Research has indicated that people who choose to work in rural communities tend to have grown up in one. While not an apples-to-apples comparison, a study in Health Affairs in December found that rural students represented less than 5% of incoming medical students in 2017.

At least 40% of graduates from Duke’s PA program now come from disadvantaged communities or minority groups. Many of them had non-traditional careers before they considered working as a PA. They served in the Peace Corps, taught Latin in Chicago high schools, and worked as journalists and firefighters. “We had a lot of soul searching to do,” said Patricia Dieter, division chief of the Duke Physician Assistant Program.

Ed Friedman, a physician assistant, has been the sole health-care provider in Redfield, Iowa, population 835, for the past three decades. The 73-year-old treats hypertension, diabetes and “a fair amount of the flu.” Patients drop off homemade pies at Christmas and his birthday.

He cares for some of the sickest and poorest patients in the surrounding area, diagnoses disease and dispenses medications, and is filling the void in a region where there are shortages of physicians. In many ways, health care providers like Friedman are both the past and the future of medicine in the U.S. His hands-on, community-based approach to medicine is similar to what experts hope AI and machine learning can help recreate for the clinicians of the future.